George Klein, the man who wanted to be a Ranger

I met George Klein at the Utah Beach Museum in Normandy (2015). He was signing posters together with the actors of the Band Of Brothers. These posters were sold by the WWIIFoundation (Tim Gray), who also organized a reunion with the actors. Klein had a remarkable quote you can hear at the end of this small video in the context of this article.

The story below from D-day Overlord speaks for itself. It is not the first time that so called veterans want to be somebody like the heroes of the 2 Rangers. More than once Back to Normandy received stories from veterans that could not be true after I investigated their facts, medals or unit history from their story. For many years they were heroes in their hometown.

I deeply feel sorry for him and his family. George Klein was a veteran from the 5th Infantry Division USA but he was not a Ranger during D-day as he wanted to be.

Every year thousands of people (re-enacment), dressed like soldiers, visit the Normandy battlegrounds. They also want to identify themselfs with the heroes of the Normandy Landings. What George Klein did was not right. With his staterecord he already was a hero. It might be a traumatic experience, never cured that cause this behavior. We probably never know.

The etymology of the word “History” refers to the Greek term “historia” and means an inquiry into the past facts of mankind. What follows proves that the investigation takes on its full meaning in history.

George G. Klein was one of the great celebrities of the 73rd anniversary of the landing of Normandy in June 2017: at the age of 96, this American veteran participated in numerous commemorations in Calvados and in the English Channel, with his “Ranger” hat, signing hundreds of autographs and marking all those he met by his incredible kindness. His good humor and smiles were not feigned: George expressed his joy of returning to Normandy for the second time and meeting the Normans, explaining “I am not a hero. The real heroes are those who have lost life here“. His return to Europe was made possible thanks to a crowfunding program supported by dozens of donors and the organization of his trip was supported by the volunteers of the D-Day Overlord association. 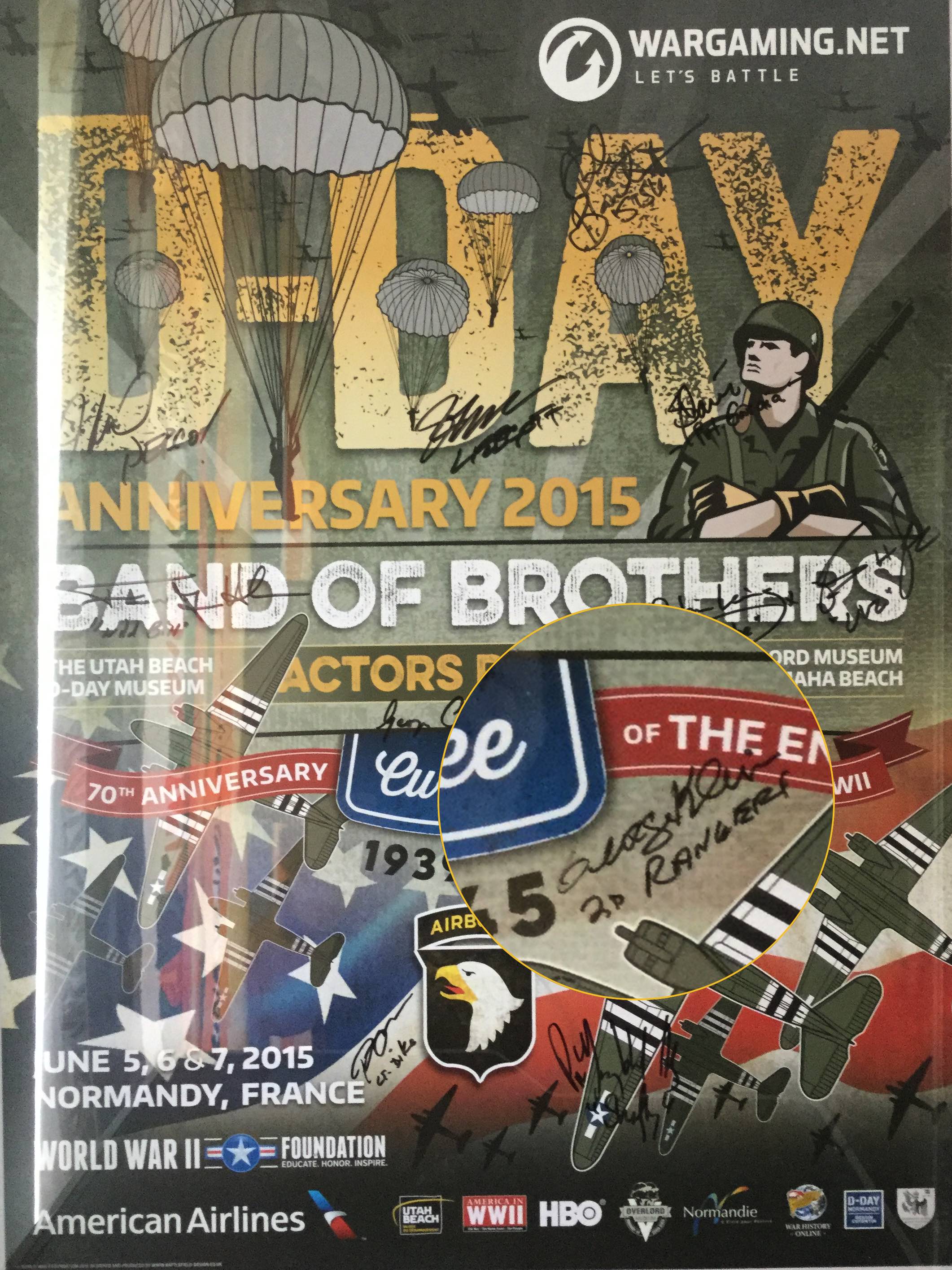 But only weeks after his return to the United States, the extraordinary news is made public: George Klein is not the one he claims to be. On June 6, 1944, the American veteran was not among the 2nd Ranger Battalion to attack the cliffs of Pointe du Hoc, this formidable German artillery position threatening the landing beaches. On D-Day, he is not in Normandy but in Northern Ireland with the B Battery of his artillery regiment (46th Field Artillery Battalion, 5th Infantry Division). This discovery is the result of the work of several historians, including Marty Morgan and Gary Sterne (who is the owner of Maisy’s battery museum).

For nearly two decades, George Klein claimed to have been one of the officers of the F Company of the 2nd Ranger Battalion. With an impeccable attention to detail, he recounted the three days spent fighting the Germans at Pointe du Hoc, drawing on a solid knowledge of these events. His story had every reason to be plausible: with a (real) experience in the Rangers’ unit, the artilleryman had broke his ankle during a climbing training during the year 1943 and had to give up any hope of remaining in this elite unit. Back in his artillery regiment, he accepts this failure with difficulty.
Lieutenant George Klein then imagines the sequence and builds his new story accordingly: he sets up a version explaining his quick return to the 2nd Ranger Battalion, thus justifying the absence of George on the list of 225 Rangers who actually participated in the assault of the battery of Pointe du Hoc. George rushes into the shoes of a “supernumerary” lieutenant, whose duty is to immediately replace a platoon leader unable to continue his mission. He knows the operation in the smallest detail for having read it in different books. George explains that he was wounded on 6 June 1944 by the blade of a German bayonet, and that he was only evacuated to England on 8 June 1944, the date of the end of the fighting at Pointe du Hoc.

Time went on, although the first time he took part in the commemorations in Normandy was in 2015 (a trip organized by the American company “Wish of a Lifetime”, specialized in financing individuals wishes). American press dedicated to George are numerous, and so are videos on social networks and in the collections of history enthusiasts. His name appears in the reference book dedicated to the Rangers, The Battalion, which quotes him as having participated in the assault of Pointe du Hoc.

However, George Klein should not be ashamed of his real contribution to the liberation of Europe during the Second World War: deployed from 26 July 1944 to 23 July 1945 with the 46th Field Artillery Battalion, he was seriously wounded in combat in the Moselle region on 17 November 1944. He was awarded the Bronze Star and the Purple Heart medals by the Americans, as well as with the Croix de Guerre 39-45 medal by the French for his commitment during the Second World War. France awarded him the famous Legion of Honor on 6 June 2015.

But the prestige of a unit like the Rangers, as well as certainly the disappointment of not having participated in a major battle of World War II (even though he had risked his life on numerous occasions), have probably strengthened the temptation. Indeed, Europe liberation battles are not limited to the battle of Normandy, and yet the veterans of the battles of Champagne, Lorraine or Alsace are unknown in our history books: for George Klein, the fact of not having been considered in the same way as the Rangers despite his personal investment would have caused an immense wound whose only dressing was to create such a universe. Trapped into a lie of that shaped him in the eyes of his entourage and from which he could no longer escape, he finally resolved to tell the truth to his family, his relatives and the organizations that supported him for several years.

This sad story is unfortunately not an isolated case: it recalls that of other veterans who transformed the truth to appropriate some of the glory of having participated in one of the most breathtaking fights of the Battle of Normandy: Howard Manoian and Eugene A. Cook Jr, unmasked in 2009 and February 2017. They both imagined a career in American airborne troops, also participating in numerous commemorative ceremonies bearing the insignia of units to which they had not belonged.

People in this conversation

I feel sorry for George Klein. It looks like he has a kind of mental problem as a result of the war. He was not the only one. I do hope the family will have the time to find out the cause of this strange behaviour. George was not the first one...

I feel sorry for George Klein. It looks like he has a kind of mental problem as a result of the war. He was not the only one. I do hope the family will have the time to find out the cause of this strange behaviour. George was not the first one who lied about his past. And probably not the last.

Read More
Fred Vogels
There are no comments posted here yet