On Friday 28 August 1942, a member of the 218 Sqdn, Flight Sergeant J R Bird, took off from Downham Market in the United Kingdom. His mission is mentioned elsewhere on Back to Normandy. You can find the other details of this mission by searching here. Training and cargo flights are not seperately mentioned as a mission. The plane left at 20:45.

1 Portrait of William as a newly promoted officer
2 William (seated) with two of his crew standing behind?  (perhaps someone will identify them).
3 Telegram to the family. William missing in action.  William had lost his life, as did all his crew members, on the 28/08/1942.  His plane, a Short Stirling bomber was shot down by a German night fighter piloted by Ludwig Becker.  The bomber was lost into the north sea.
4  William at Cranwell.  This must have been his Operational Training Unit.  Again, there are many faces that may be recognised.  William is 4th from left, front row. 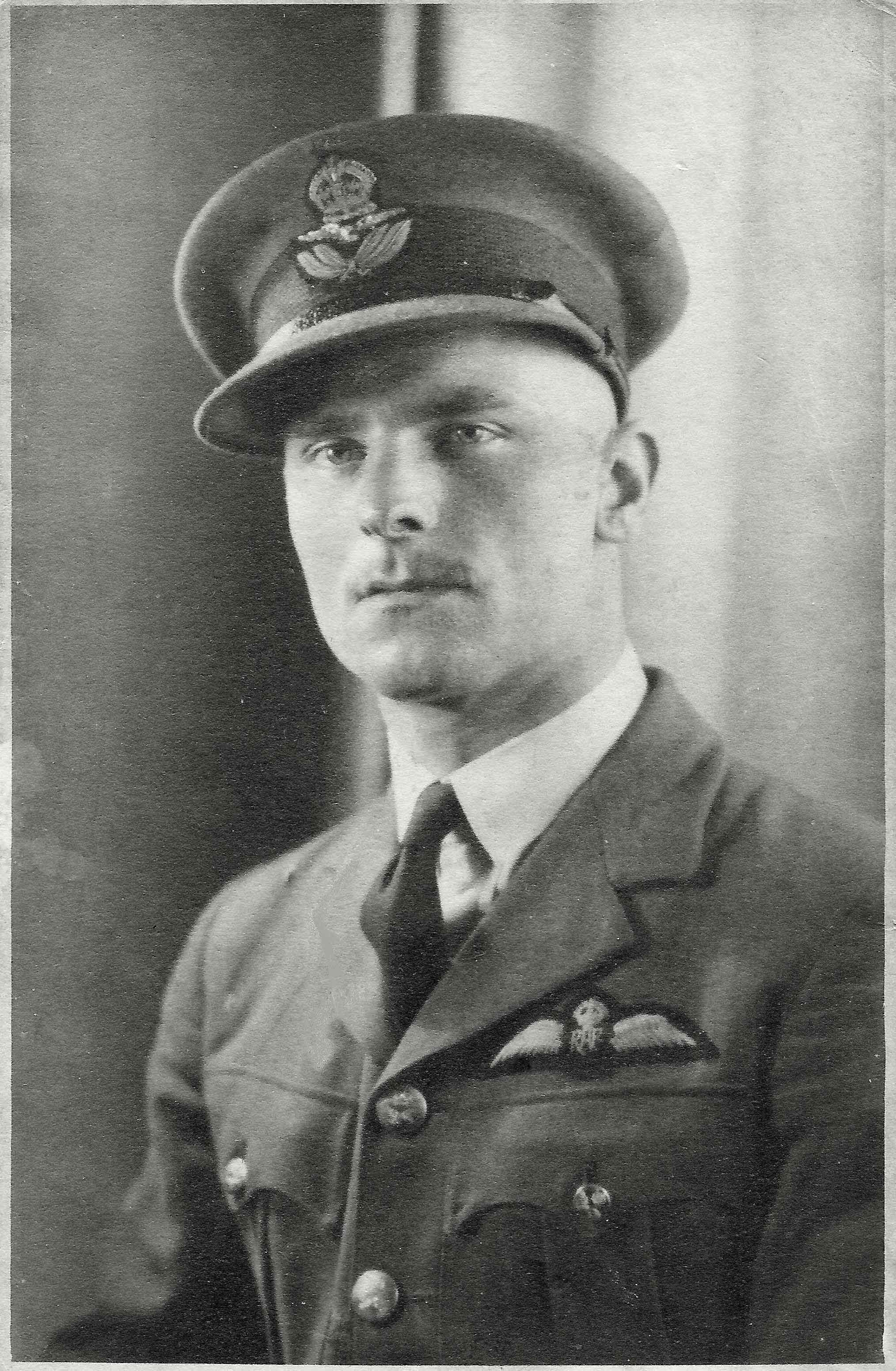 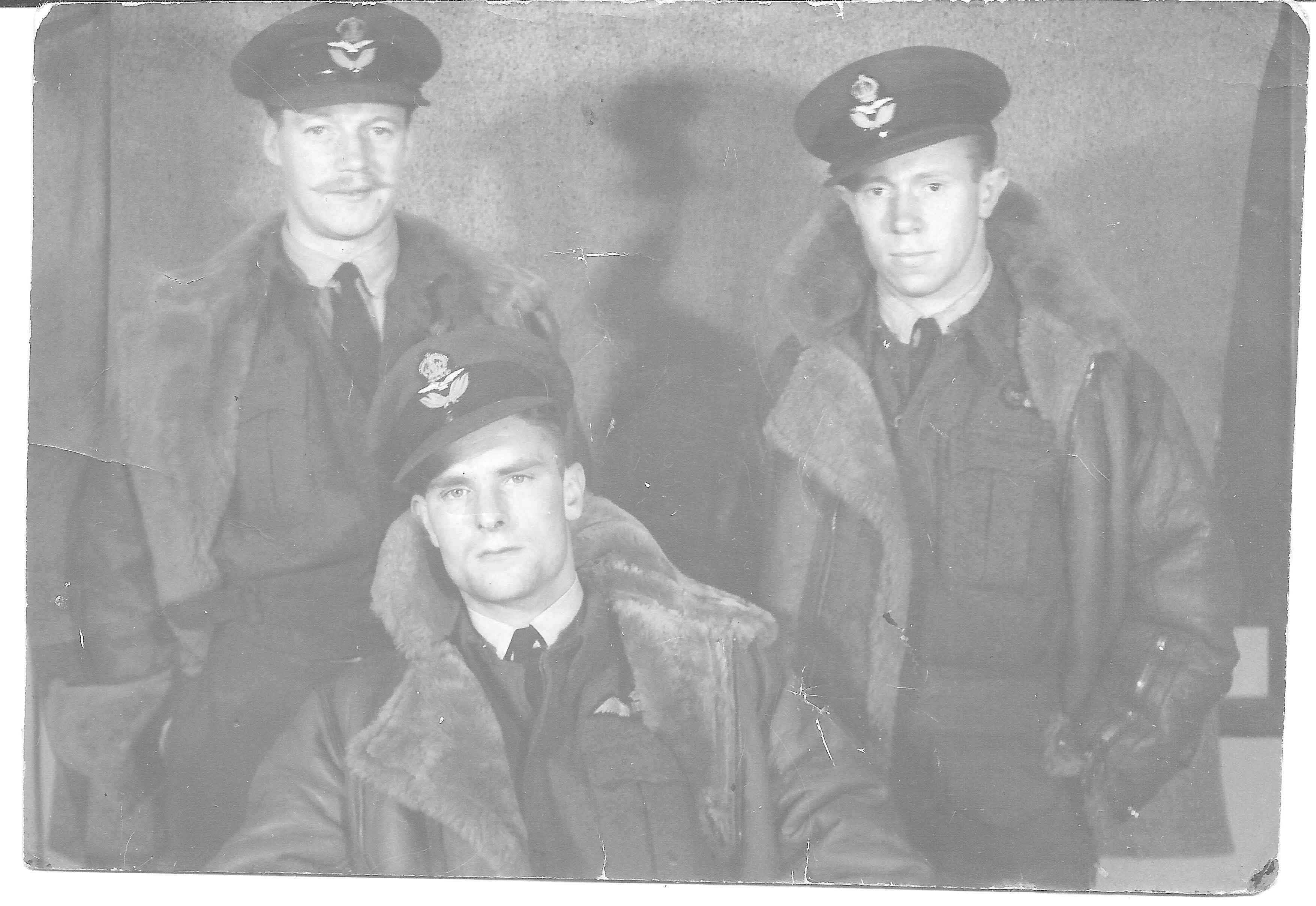 Campaign report of the USAAF:

Campaign report of the RAF:

306 aircraft of 5 types. 31 aircraft - 21 Wellingtons, 5 Stirlings, 3 Lancasters, 1 Halifax, 1 Hampden - lost, 10.1 per cent of the force. 142 Squadron, based at Grimsby, lost 5 of its 15 Wellingtons taking part in the raid. Many of the casualties were attributed to night-fighter action.

There was only a little cloud over Kassel and the Pathfinders were able to illuminate the area well. Widespread damage was caused, particularly in the south-western parts of the city. Kassel reports that 144 buildings were destroyed and 317 seriously damaged. Several military establishments were hit and the number of dead soldiers, 28, exceeded the number of civilians killed, 15. 187 civilians and 64 soldiers were injured. Among the buildings severely damaged were all three of the factories of the Henschel aircraft company.

9 Lancasters of 106 Squadron, 5 Group, were dispatched on a special operation.
Each aircraft was loaded with a special 'Capital Ship' bomb which had been developed for attacks on large warships. It was believed that one direct hit could sink such a ship. The target on this night was the new German aircraft carrier Graf Zeppelin, which was reputed to be almost ready for sailing. 7 of the Lancasters reached Gdynia, 950 miles from their base, but could not locate the Graf Zeppelin because of haze and bombed the harbour area instead. If these aircraft had managed to sink the Graf Zeppelin, this raid would have ranked as one of the bombing war's epics. No Lancasters were lost. The Germans never did use the Graf Zeppelin as an aircraft carrier.

4 aircraft made leaflet flights to France without loss.

Crews were ordered to attack Nuremberg from as low as possible. The Pathfinders found their aiming point and, for the first time, marked it with target indicators adapted from 250lb bomb casings. Photographs showed that these were placed with great accuracy and the crews of the Main Force claimed to have carried out a good attack.
A report from Nuremberg does not quite confirm this. Bombs were dropped as far away as the town of Erlangen, nearly 10 miles to the north, and 4 people were killed there. In Nuremberg itself, the number of bombs recorded would indicate that approximately 50 aircraft hit the town. 137 people were killed; 126 civilians and 11 foreigners.

113 aircraft - 71 Wellingtons, 24 Halifaxes, 17 Hampdens, 1 Stirling. This was an experimental raid by a force of oddments - Halifaxes of 4 Group which were being rested from major operations, Hampdens of 5 Group and new crews from other groups. There were no Pathfinders. The moon was four fifths full and it was judged that this relatively undefended target, just inside Germany, could be successfully attacked while the main raid on Nuremberg was taking place.
The raid was not a success; bombing was scattered over a wide area. 15 houses were destroyed and 51 seriously damaged in Saarbrücken and one woman was killed. 7 aircraft - 4 Hampdens, 2 Halifaxes, 1 Wellington - lost, 6.2 per cent of the force.

3 Halifaxes made leaflet flights without loss.

With thanks to the RAF and USAAF.net!

This record can also be found on the maps of Back to Normandy with Google coordinates. You can find the maps by clicking on this link on this location.

There are several possibilities to investigate the flight records on Back to Normandy. All the flights are plotted on maps, sorted "day by day", "by squadron", "by type aircraft", "by year or month", "by location" and much more! Don't miss this!!!

If you have any information that you want to share, please add your comment at the bottom of this record. Or send your information to . This information will be added to the record.

Your photos and your information are very welcome! The young do care and with your help we keep up the good work.