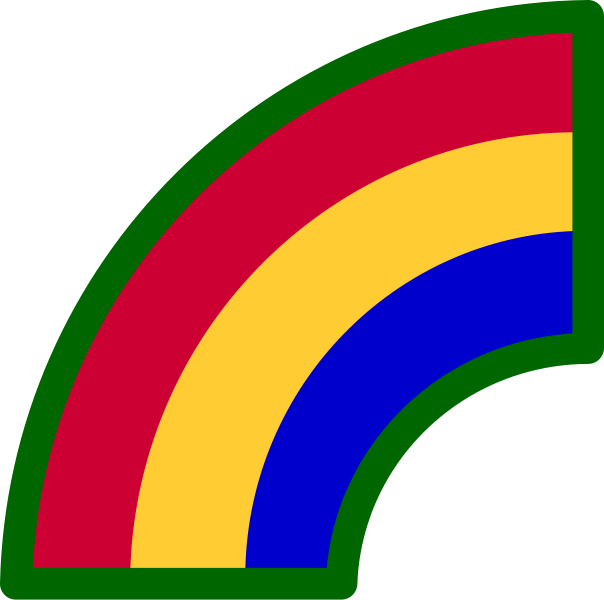 In 1917 men were selected from various units of the national Guard of 26 states and the District of Columbia to form a truly representative division with a view towards "bringing the war home" to the people. It was numerically designated the 42d Division, and called the "Rainbow Division" by General Douglas MacArthur, then Colonel and newly appointed Chief of Staff of the Division, because "it spanned the nation like a rainbow." To further characterize the nickname, the adopted division insignia resembles a rainbow in bright, red, gold, and blue colors.

Three infantry regiments and detachment of division headquarters arrived the European Theatre of Operations on 09 December 1944 and entered combat as Task Force Linden.