NOTE: The recovery of the Lancaster is almost ready, see some pictures here. Among other things which identify the remains as a Lancaster they found the serialnumber of the engine. This number does not fit with the number of the engine of the ED470 as registrated. But there is still a chance that the crashed Lancaster is the ED470 because many times engines were changed without adjusting the registrationlogs.

At the date of 23-09-1944, time: H 22:30, the aircraft type Lancaster has been lost. The location of the plane was found at: Zelhem (Hummeloseweg 39). The unit of crew and plane is: 61 Sqdn. First flyer rank: Flying Officer, name: A.K. Hornibrook. The plane belonged to the Allied forces.

The plane left from Skellingthorpe at 1920 for a mission to Münster.

Lancaster ED470 (61 Squadron RAF). This is one of two Lancasters who crashed near the village on 23 September 1944. 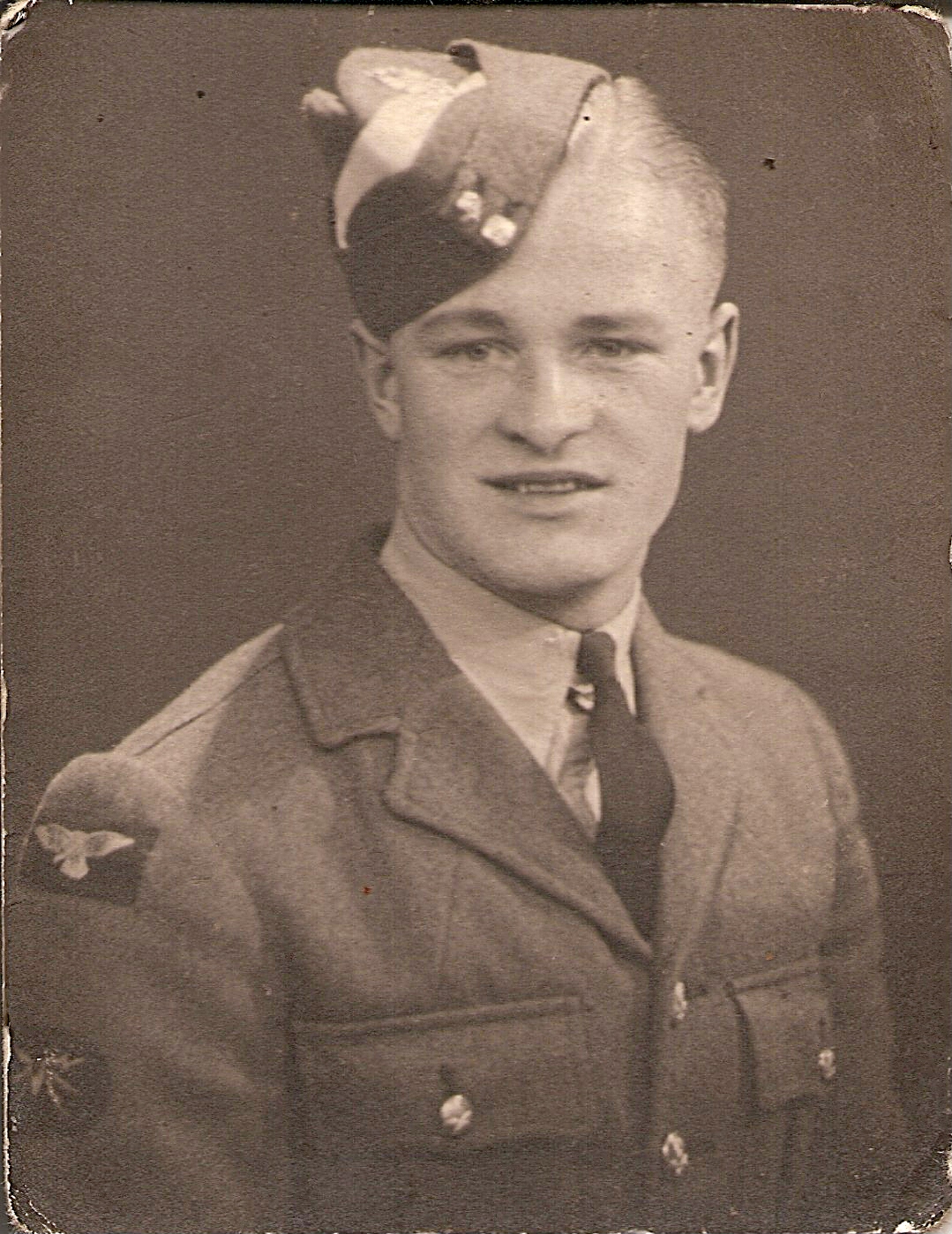 The Crew Lancaster ED470 are now commemorated on the Runnymede Memorial.

Family is visiting the crash location.Photos of the Flying Log Book.

With thanks to Peter Monasso involved with the Crashmuseum at Lievelde and initiator of the recovery and Harrie Somsen involved with a project for schoolchildren.

Back to Normandy hopes to publish some photos of this recovery. So keep tuned on this special record!

Fred Vogels
There are no comments posted here yet

Edwin Onions posted a comment in Flight of Mustang III FZ158 and Warrant Officer L T Woodward on 1944-02-20
LT woodward is buried in a village cemetery about 5 kms NE of Evreux. Its a War Graves headstone....
about 4 days ago

Jeff Blyth posted a comment in Handley Page Halifax II (DT679 EQ-Q) on a mission to Berlin on 1943-03-30
My father flew a Halifax Mark III that was also designated EQ-Q of 408th Squadron, after they had mo...
about 1 week ago

Graeme posted a comment in Flight of Spitfire V W3946 and Flying Officer W M Shields on 1944-06-22
My grandfather was William Shields and was in the RAF flying a Spitfire could be the same person....
about 2 weeks ago

Steve May posted a comment in Flight of Blenheim IF R3625 and unknown rank unknown name on 1940-12-13
Find My past have just released a database that shows this flight was a collision between two aircra...
about 2 weeks ago

Steve May posted a comment in Flight of Blenheim IF R3625 and unknown rank unknown name on 1940-12-13
Find My past have just released a database that shows this flight was a collision between two aircra...
about 2 weeks ago

Sandra Davis posted a comment in 537 Ordnance Heavy Maintenance Field Artillery Company stayed at Holmes Chapel Cheshire on 19 march 1944
My father, William Slater Gavin passed away in 2005. My mother passed away in April of this year. ...
about 3 weeks ago

Lance Saunders posted a comment in Avro Lancaster I (LL901 WS-V) on a mission to Munster on 1944-09-24
My Uncle was Sgt Frank Saunders Mid upper on this plane WS-V LL901 Now lies in Holten Cemetery with ...
about 3 weeks ago

Declan Monnier posted a comment in Krijn Chef D'hotel 1942-08-08
Krijn was my great Uncle. So was Jacques and Hendrix, his brothers. De Waarteid forever. If anyone h...
about 4 weeks ago

Darrell Wood posted a comment in Handley Page Halifax VII (NP776 EQ-R) on a mission to Heligoland on 1945-04-17
My uncle , Hugh Raymond Wood was on this flight .
about 1 month ago

Wilhelmus de Wilde posted a comment in The Algonquin Regiment liberation of Steenbergen
My father was a liberator from Steenbergen. His first name was Robert, and he was wearing neat trous...
about 1 month ago

Emmett J Williams III posted a comment in 3609 Quartermaster Truck Company Transportation Corps stayed at Norman Court Hampshire on 29 july 1944
My Dad was in the 3609 he was Emmett J Williams Jr. from Georgia. He passed away on 1/14/2011 at 88 ...
about 1 month ago

Diana posted a comment in Flight of Hurricane II Z2523 and Sergeant M B Domagala on 1941-05-08
Just sorting out stuff in our house.. Came across this.... Can anyone give any info as to whether it...
about 1 month ago

Robert Wiles posted a comment in Flight of Mosquito NFXIII HK530 and Flight Lieutenant K J Pamment on 1944-12-02
The navigator's name was Flight Sergeant H C Wiles - my father. He survived the incident but badly b...
about 1 month ago

Roger Llywelyn Henderson posted a comment in Flight of Spitfire Vb EP393 and Squadron Leader P B G Davies on 1943-08-22
No, Davies survived and became a prisoner of war
about 1 month ago

Aidan Hatherley posted a comment in 392 Engineer General Service Regiment Detachment stayed at Stover, Devonshire on 29 april 1944
Hello, can anybody help me.. My great grandfather was a mixed race American GI. Supposedly he was in...
about 1 month ago

Christer Bergström posted a comment in Flight of Hurricane II Z3339 and Pilot Officer Norman Maxwell \"Max\" Dunn on 1941-06-16
Hello Tammy, I am writing a book about Adolf Galland, and I have his combat report from that occasio...
about 1 month ago

EasyDays posted a comment in Private First Class Vasquez Jesus G (Service #: 38094598) died on 1944-06-11
This is him
about 2 months ago
You are now being logged in using your Facebook credentials