At the date of 26-06-1943, time: 111, the aircraft type Wellington has been lost. The location of the plane was probably found at: IJsselmeer (now Ketelmeer, near Dronten). First the location was registrated near Urk. The unit of crew and plane is: 466 Sqdn. First flyer rank: pilot, name: A.B.R. Airy. The plane belonged to the Allied forces.

More information using this search on Back to Normandy: http://www.backtonormandy.org/the-history/search/HF544.html. In the result of this query you will see the departure, the mission and the crash.

Read a Dutch story about the salvage of a Wellington, probably this airplane.

The exact location (800 meters from the location on photo 3) of the salvage of a Wellington. At this moment there are still two options possible: The HF544 and another Wellington. An area of 100x100 meters wil be searched (photo 2) and the findings will be stored in containers (photo 3 & 4). 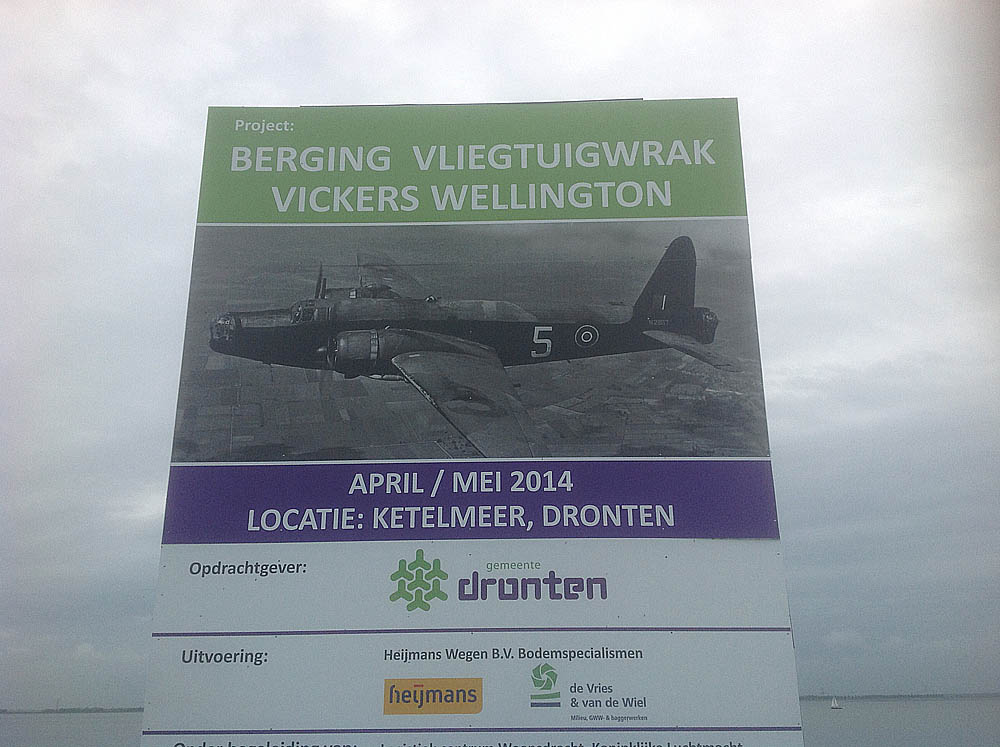 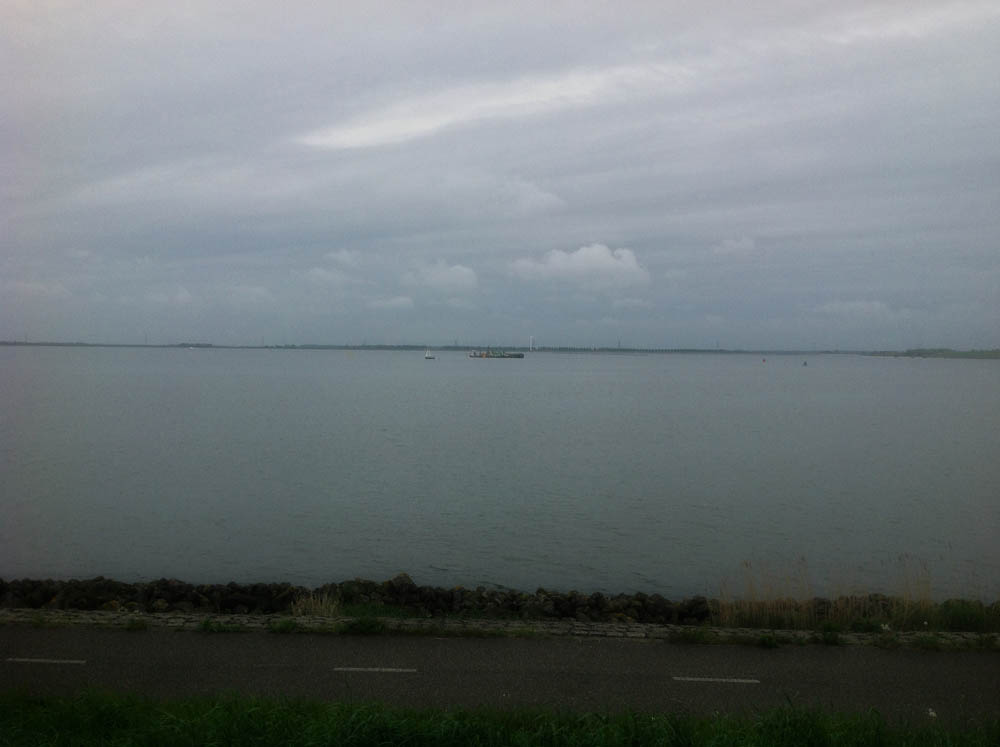 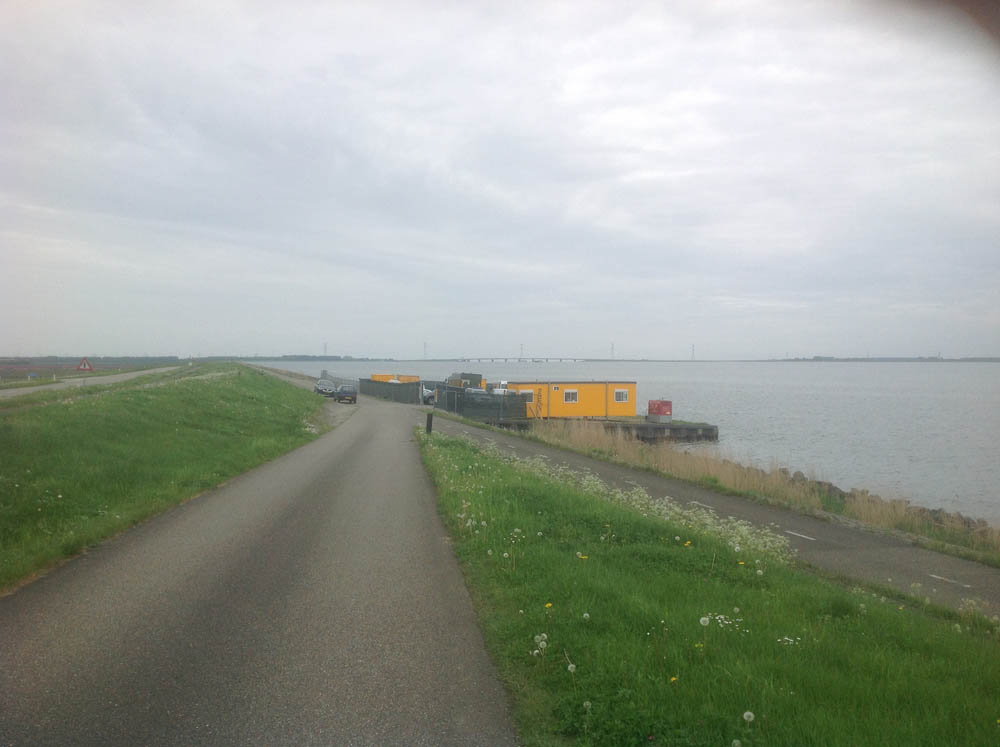 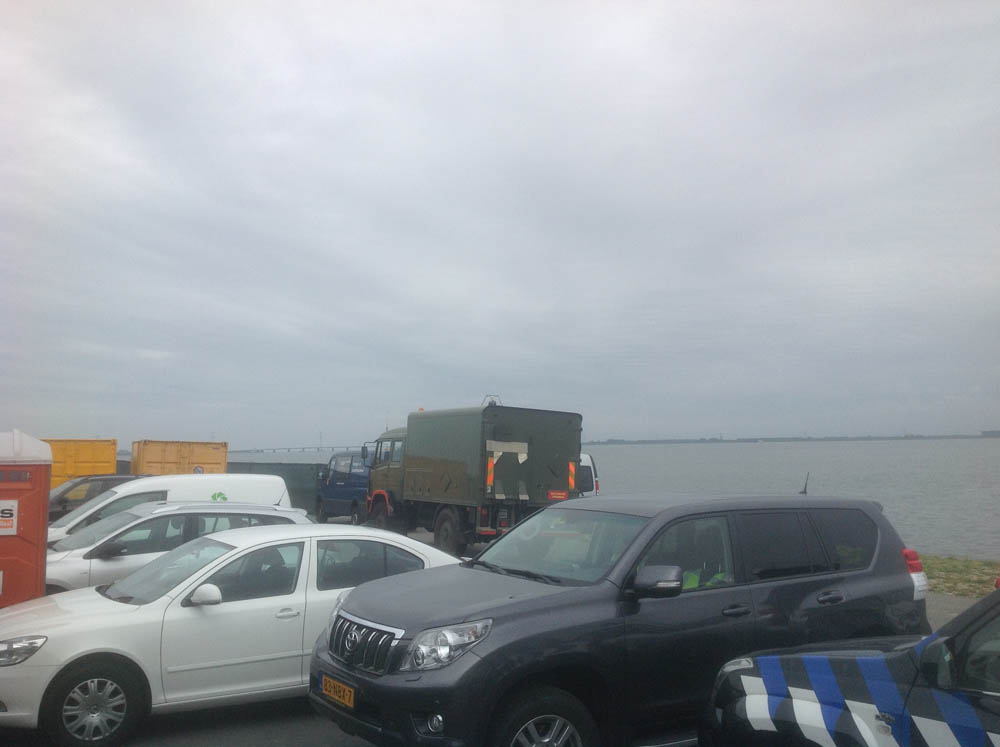 The Wellington with registration HD-Q, serial HF544, was shot down at H 01.11  by Helmut Lent of Nachtjagdgeschwader 1

The mission was Gelsenkirchen. 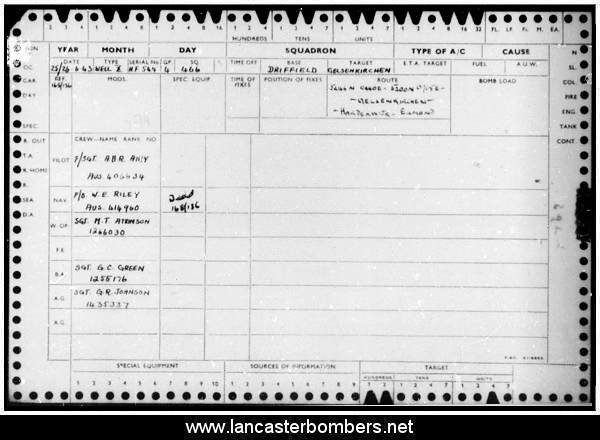 473 aircraft detailed to attack, with 30 aircraft lost. Four of the crew are listed on the Runnymede Memorial. F/O Riley is buried in the Amsterdam New Eastern Cemetery after his body was found on the 5th July 1943. Plot 69. Row B. Coll. grave 16.

The remains of the plane were discovered in 2011 and the recovery of the plane is planned for 2014. Update May 2014: the location of this airplane was already known or al least known before 1966. See the Dutch article for the whole story. 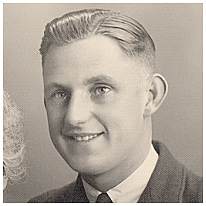 The story of the Wellington

Photo below: the Mk X version of the Wellington. The version to be found in Dronten

About this type Wellington

Type 440 MkX (Prototype), Tvpe 448 (Production).
Developed from, and similar in appearance to Mklll but with later l,675hp Hercules VI or XVI (with autocarburettor and single lever control) engines. External difference was long Carburettor intake. Internally, structure strengthened for higher gross weight by use of newly-developed light-alloys equivalent in strength to mild steel. Nearly half as many again built as MkIC. First flew at Blackpool-X3374 and X3595 (Mkllis converted).

First production aircraft-DF609 Blackpool) and I-IE147 (Chester). The MkX had the best performance of all Wellingtons and was built in the largest numbers. After four-engined heavy bombers replaced the Wellington in Bomber Command, the MkX remained, with decreasing number of ICs and IIIs on general duties. Above all, it fulfilled every crew training role in Bomber and Coastal Commands. It remained as an important strategic bomber in the Middle East, Sicily and Italy until the end ofthe war in Europe and then in the Far East until VJ Day.

The last Wellingtons, T1Os, to serve in the RAF remained in training units, until finally withdrawn from Nos 1 and 6 ANS in March 1953, to be replaced by Valettas. The last left with 1 ANS was LP806. Other MkXs included HF616 and 621 were used for high altitude tests of the Hercules 38 with single GEC turbo-blowers; LN7l5 became Type 602, testing the Dart turboprop; LN7l8 mounted Hercules 100s for the Halifax and Viking installations, NA857 was intended for the Napier Naiad turboprop but was not converted; RP484 was involved in noise tests at Bristol-including both props feathered. RP468 became G-ALUH and was equipped with experimental tail radar; RP59O was the last Wellington to be delivered (from Blackpool); MF648 is the last surviving example in the RAF Museum, Hendon. At least six MkXs were sold as trainers to France. Total built: 3,803-Blackpool 1,369 and Chester 2,434. 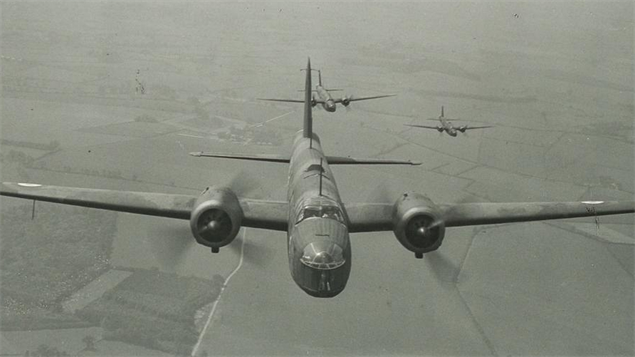 People in this conversation

There is no 100 percent evidence that this plane was the HF544. Read my article https://www.backtonormandy.org/nederlands/135-nederlands/626-een-verrassend-slot-aan-de-berging-van-de-wellington.html in Dutch.
It says that the crew is probably...

There is no 100 percent evidence that this plane was the HF544. Read my article https://www.backtonormandy.org/nederlands/135-nederlands/626-een-verrassend-slot-aan-de-berging-van-de-wellington.html in Dutch.
It says that the crew is probably burried in Amsterdam as Unknown. Due to regulation these graves may not be openend to check with DNA.
Its is also not certain that this plane is the HF544, but it is possible. There are more planes missing in that period.

A.Green
This comment was minimized by the moderator on the site

Was the plain ever recovered? I'm related to one of the crew would like to know what happens after this process

A.Green
There are no comments posted here yet