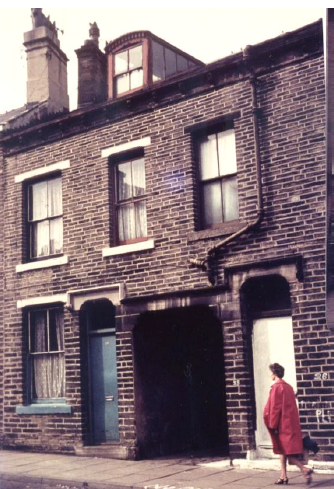 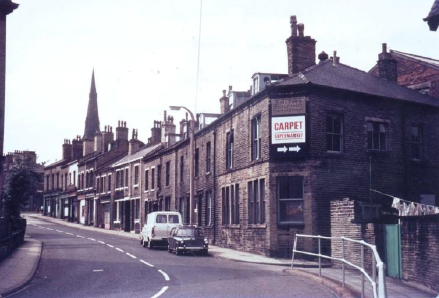 PHOTO LEFT: For much of his childhood, Charlie live at 34 Church Road, Bradford

My Dad, Charles Edward Dunn, always known as Charlie, was born at 34 Church Street, Bradford, on 28 December 1922. As he liked to remind his family, that was ‘Holy Innocents’ Day’. ‘Innocent’ he may have been in some ways but there was always something of the naughty schoolboy about Charlie. He recalled being told that he was christened at the Church of St Mary Magdalene in Bradford which upset his Methodist mother very much as she considered this Church of England church, described as ‘one of the major thrusts of the Tractarian movement in Bradford’, to be ‘Catholic’. The Tractarians were very much Anglican ‘high church’ so it would not have gone down well with a Methodist and was presumably his father’s choice. St Mary Magdalene, in Wood Street, was built in 1876 and linked to St Paul’s Church to form the parish of Manningham (*1).

For much of his childhood, Charlie live at 34 Church Road, pictured on the left and beside the white van in the photograph above.

It was a two bed-roomed house with an attic where the children slept. His grandparents lived there too so, as Charlie’s brother Alan said, it was ‘pretty crowded’. Next door across the passage way was number 28 where Charlie’s uncle Edward Dunn lived (*2). In October of 1925, when Charlie was not yet three years old, his mother Mabel took out a policy with the Refuge Assurance Company to cover Charlie’s ‘infantile life’. The premium was 2d per week, payable to the company’s agent every Monday. According to Charlie’s sister Ann, it was quite common for working-class parents to insure the lives of their children and all of his siblings were given the same cover. And it was Ann who took out policies over the lives of both of their parents with the same company. The agent explained that the premiums were not high. In fact, according to Ann, what was paid out was much the same as had been paid in, the idea being that it would help to tide the family over if they had to take time off work to deal with funeral arrangements and such.

As a child, Charlie went to St Paul’s School, Manningham. The photograph below, taken in May of either 1928 or 1929, was published in a Yorkshire magazine in the early part of the twenty-first century. 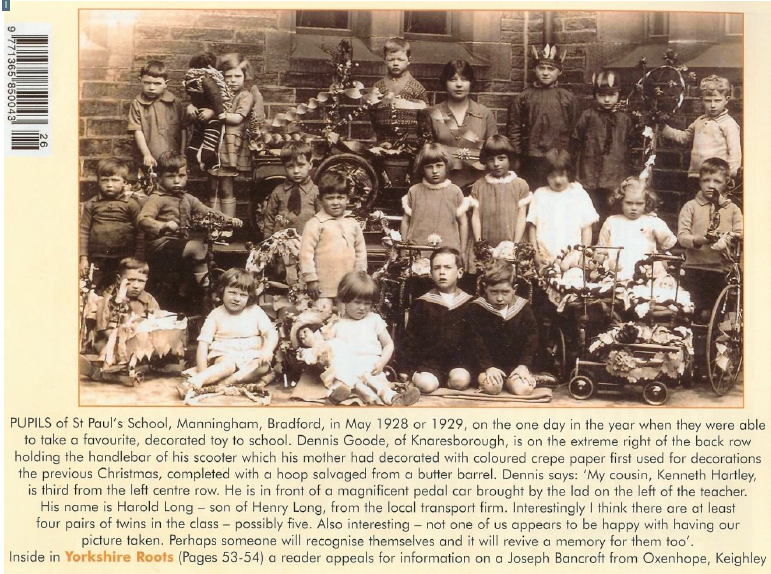 In this photo, Charlie is the boy in a white jumper with a collar behind the girl in the front row with a doll and to the left of the two girls in identical ‘Santa’ dresses.

His headmaster at the school was the father of Molly Blewitt, who would go on to be the personnel manager at Charlie’s pre-war workplace, Lister’s Woollen Mill in Manningham. Molly was a bit older than Charlie.

PHOTO RIGHT:Charlie went on to be a choir boy at St Pauls. 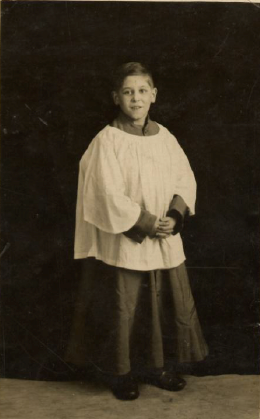